As we approach the midway point of the NBA season, who are the best floor generals in the league and what have they shown us in the first half of the year? Note: D’Angelo Russell, Isaiah Thomas, and Mike Conley will not be included in the list as they’ve missed significant time so far this season. 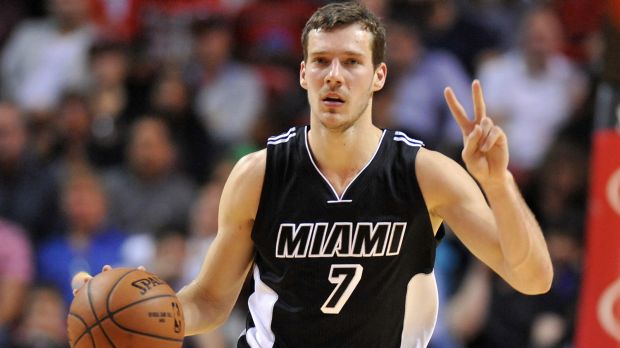 Dragic has underperformed so far this year with the Heat. With underwhelming shooting percentages and numbers he doesn’t look like the star he’s been in previous seasons. Miami’s roster is deep with average guards and has one of the best defensive players in the league in Hassan Whiteside, which seem to be the most accountable reasons for them hanging around in the East this season. Despite still being an above average guard in the NBA, Dragic could be a trade piece If Miami falls off.

Though it seems Holiday has never fully jelled with the Pels since he landed in New Orleans, he seems to have found a groove to start the year this season. Currently averaging around 18 points per game, Holiday has been the backcourt threat the Pelicans need to pair with their dominant front court. It could be easy to see the 27-year old slow down as the season draws on giving his recent down and injury-prone seasons, but as of now, with Rondo and Moore in the backcourt as well, he’s performing the best he has in New Orleans.

Dunn has been a bit of a surprise after coming over to Chicago in the Jimmy Butler trade. Since joining the Bulls, he’s improved his scoring average nearly 10 points from his rookie season and become one of the best defenders at the 1 in the league. Averaging nearly 2 steals a game, his length and athleticism give him the ability to cover either guard position after the return of Zach Lavine. Dunn still needs to improve his outside shot as he’s currently shooting about 33% from 3 on the year, but if his shot and decision making on the offensive end improve, he’s the point guard of the future in Chi-Town.

Schroder came into this season expected to be the man in Atlanta after the departures of Paul Millsap and Dwight Howard in the offseason. So far, the 25-year old German is putting up the numbers he was expected to, but at a cost to his team. Shooting a disastrous 30% from the arc, Schroder isn’t scoring efficiently enough to be considered a star. Though he is the number one option on his team, the Hawks won’t be anywhere near playoff contention until a few years down the road when some of their young prospects get going and Schroder enters his prime, hopefully with a better outside shot and decision making.

After a one year stint in his home state of Indiana, Teague now finds himself on a loaded Timberwolves team. With several elite offensive talents around him to dish the rock out to, he’s putting up solid assist numbers and providing the team with a reliable distance jump shooter to surround KAT inside. Being on a stacked roster and still putting up respectable scoring and assist numbers while doing so fairly efficiently puts Teague at number 11 on the list.

Bledsoe seems to finally be settling in in Milwaukee after being dealt by the Suns earlier in the season. The Kentucky product has recently rung up a few 20-plus point games and is fitting in with Antetokounmpo nicely. Though his numbers may be slightly down from his days in lowly Phoenix, Bledsoe remains an elite defender and is now an important piece of a Bucks team that should challenge for a top 4 playoff spot in the East. 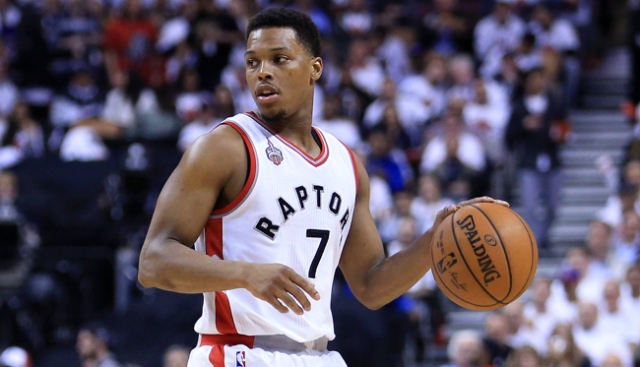 After a fairly slow start to the season, Lowry has since picked his game up and is now co-leading the Raptors to nearly the very top of the East along with Demar Derozan. While his scoring numbers are down from years past, he’s still shooting solid percentages across the court and distributing well on a roster in Toronto with plenty of weapons. Though Derozan is clearly the best player on the team now, Lowry has some All-Star level play left at almost 32 years old. 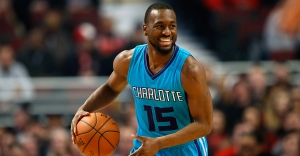 Walker is still putting up over 20 a game, however he’s been inconsistent and inefficient so far this season on a Hornets team who’s underachieved and find themselves near the bottom of the East. Though he’s by far the team’s top scorer and best player, it’s hard to see Walker earning a repeat appearance in the All-Star game with the way Charlotte is playing at the moment.

Though it’s fair to consider Irving an MVP candidate right now, he still lands at #7 on the list. Kyrie is currently having likely the best season of his career, shooting around 40% from deep and nearly 50% from the field. Leading the Celtics to the top of the East from the start of the season, Irving should be making another All-Star appearance this year. It’s possible Cleveland catches Boston towards the end of the season but the Celtics have shown they’re likely one of the top two teams in the East after upgrading their PG position in the offseason.

Despite this being his first year on the court in the NBA, Simmons is already playing at an All-Star level. With his co-star Joel Embiid, the Sixers should be in the mix for a playoff spot this year. Simmons’ size gives him the ability to grab rebounds and get out on the break fast and view the court more easily in the half court offense. His playmaking ability has drawn rightful comparisons to LeBron James over the past few months as he continues to develop. If the former LSU forward is able to attain a jump shot over the next few seasons he could be at an MVP level soon, having already established himself as one of the best guards in the NBA.

Dame has gotten off to another great start this year and remains one of the most underrated guards in the league. Though defense is still a relatively weak part of Lillard’s game, he can score and distribute as well as just about anybody in the NBA and currently has the Blazers hanging around a late playoff spot in the West. Despite his status as a star year after year, it’s likely he’s again snubbed from the All-Star game unless Portland can pick it up and push higher into the Western Conference standings.

Wall’s numbers are down just a bit this year as his Wizards are currently in the middle of the pack in the East. Still struggling with his jumpshot, Wall has yet to improve certain facets of his game enough to take Washington all the way to the top, despite being alongside Bradley Beal to form one of the best back courts in the NBA. Elite defense and playmaking keep Wall in the same breath as some of the best guards in the league but he has to be a better leader and shooter to get the Wizards to where they really want to be.

Paul has missed a good amount of time due to injury this season but has proved that when he does play the Rockets are far more in sync. Despite the recent losing skid Houston has accrued they still remain a top team in the league and are one of the best two clubs in the West. CP3 is shooting around 40% from the arc this year which could largely be attributed to the spread out offense Mike D’Antoni runs in Houston. Once James Harden has returned with a healthy hamstring the Rockets should be cooking again with their two superstars.

A slight decrease in numbers was expected for Russ coming into this season with the arrival of Melo and PG in Oklahoma City. While he has seen a decrease in scoring the reigning NBA MVP is nearly averaging a triple double so far this season. Possibly the best athlete ever at the point guard position, the former top 5 pick continues to fascinate and showcase his all-around game. The Thunder’s early struggles are likely to dissipate once the team jells more, but don’t expect a repeat MVP for Westbrook.

Despite missing almost the entire month of December, Curry has been spectacular to start the season. Playing just 32 minutes a game, Curry is putting up nearly 27 points a game and shooting to the tune of around 40% from 3 and nearly 50% from the field. His off-ball play continues to be his most valuable attribute. His ability to set screens and draw defenders to the perimeter opens up the middle of the floor for Draymond Green and spaces the floor for Thompson and Durant. After going for 38 points and 10 3’s in his first game back from his injury, expect Curry to make his 5th All-Star appearance and lead the Warriors to their 4th straight Western Conference regular season title.

There was an error retrieving images from Instagram. An attempt will be remade in a few minutes.