And then there was 12.  Every NFL season, 32 teams strive to play postseason football.  20 fail this goal, and their failures range from tiebreakers to them being 0-16 (Cleveland joins those ranks this year).  There is many enticing stories heading into the 2018 playoffs, so let’s look at what will make the NFL playoffs interesting this year.

With the Bengals win over the Ravens yesterday, the Bills made the playoffs for the first time in 18 years.  Meanwhile, for the Rams it had been 13 years, for the Jaguars 10 years, and for the Titans 9 years since they made the postseason.  All 4 of these fanbases have waited a combined FIFTY years to reach the postseason!  Their patience has finally been rewarded in 2018.  Your time will come soon, Browns and Bucs fans. 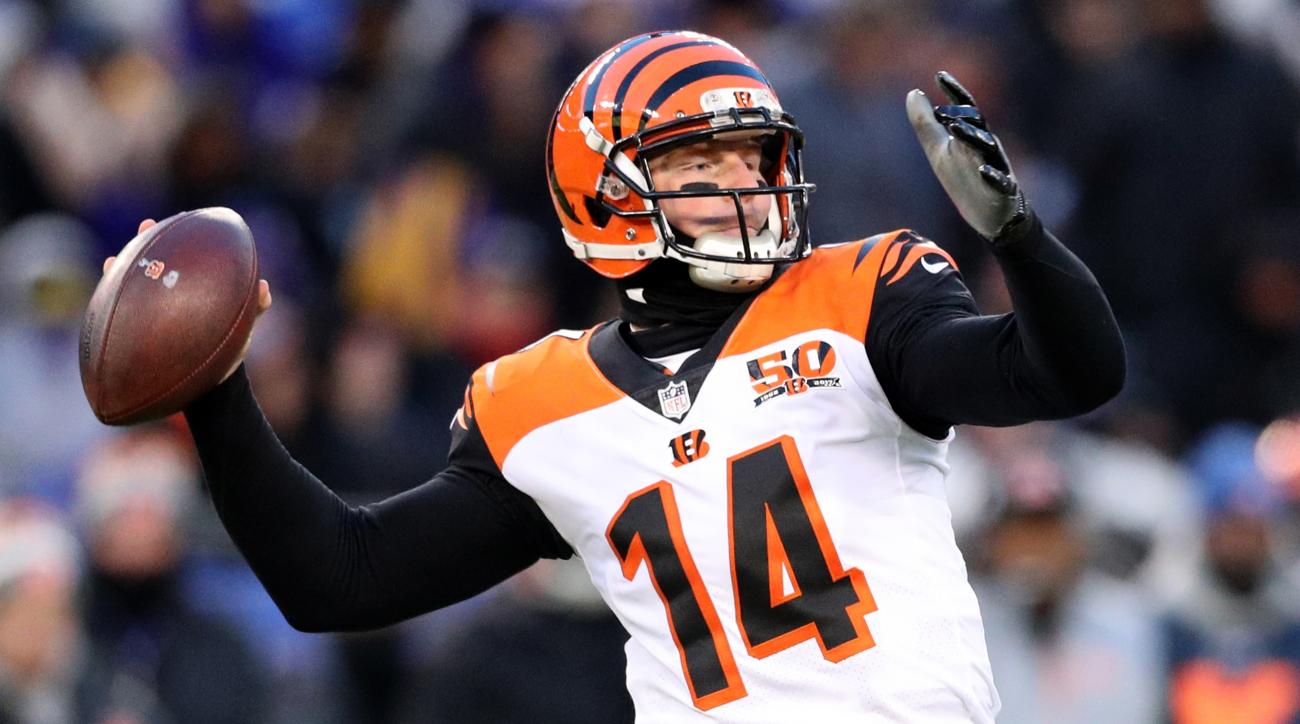 Many people are expecting a Patriots/Steelers AFC Championship rematch.  This a match where the Patriots usually have the Steelers number, but Pittsburgh will be playing with a big chip on their shoulder.  The Jesse James “catch” and James Harrison joining their nemesis has to be in their heads.  But what if we don’t get a Pats/Steelers rematch?  Well let’s face it, at least one of those teams is making the Championship game.  But what if the Pats or Steelers face an early elimination in the divisional round?  Perhaps a team like Sacksonville will be a team of destiny that goes on the road and goes all the way to the Super Bowl.  Or, maybe the Chiefs beat the Pats in Foxborough like they did earlier this year.  Either way, there’s plenty of room for a Cinderella story amidst the AFC playoff picture.

Will the Eagles be #1 seeded underdogs?

The Eagles obviously didn’t have much to play for yesterday, but they still looked bad in a 6-0 loss to the Cowboys.  Before that was an ugly win versus the Raiders, and before that a win that was a little too close for comfort against the 3-13 Giants.  Nick Foles left yesterday’s game mercifully after posting a 9.3 passer rating in the Eagles’ first four offensive series.  When your passer rating is as low as the temperature outside, you know things are bad.  However, the Eagles have a whole bye week to get prepared, plus they have home-field advantage as long as they stay in the playoffs.  They will be facing either the Panthers, Saints, or Falcons in the divisional round, and all three of them are domed/warm weather teams.  The Eagles will truly have a home-field advantage in that regard.  But can they survive a team like the Rams or Vikings in the NFC Championship?

If the Falcons want to pull off another Super Bowl run, they have to win 3 consecutive road games.  That’s no easy feat in the NFL, especially in the playoffs.  But the 2005 Steelers, 2007 Giants, and 2010 Packers have proved that it’s possible.  All 3 of those teams won the Super Bowl.  Their first task is beating the Los Angeles Rams.  If they can manage that, they’d go against the Foles-less Eagles.  Then there’s the NFC Championship, where’d they’d face one of the three remaining teams (possibly an NFC South rival).  With a strong possibility of the Pats winning the AFC Championship, a Falcons-Patriots Super Bowl rematch would be quite the headline-grabber.

Will the playoffs be more exciting than last year?

Of course, the Super Bowl was a shocking ending to the 2017 season.  But most of the playoff action from last year was filled with games that weren’t really close.  8 of the 10 games before Super Bowl LI were decided by 13 points or more.  It made me think the Falcons 28-3 lead over New England was just another blowout in a boring playoffs (until of course, they blew said lead).  The only close games before last year’s Super Bowl were the Steelers-Chiefs game and the Packers-Cowboys game.  The Chiefs endured a slow death by field goals, while the other game actually provided some excitement.  But the NFL needs more than just two exciting games this postseason. 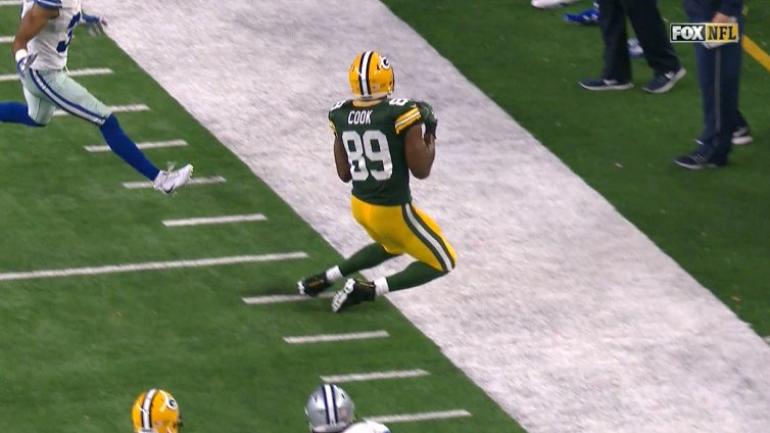 Aaron Rodgers’ pass to Jared Cook was one of the few exciting moments in a rather dull 2016-17 postseason.  Hopefully 2018 will be different.

I will do a more detailed prediction of the Wild Card Round in an article later this week, but here is my “on the record” playoff predictions.  Hold me to these.

#5 TEN @ #4 KC.  The Titans had ended the season on a three-game losing skid before winning one yesterday.  The Chiefs meanwhile, are back to their winning ways that they had at the start of the season.  Kansas City is on fire, and they’re playing at Arrowhead.  The Chiefs win.

#6 ATL @ #3 LAR.  The Rams are entering the postseason with a dominant offense, while the Falcons enter with an inconsistent one.  However, I trust the Falcons playoff experience to push them over the top here.  The Falcons win.

#6 BUF @ #3 JAC.  While the playoffs are a great feeling for Buffalo, they may not get to feel it for long.  The Jaguars defense should be dominant as usual, especially if Shady McCoy is out.  The Jags advance.

#5 CAR @ #4 NO.  Playing in the Superdome is no easy task.  The Panthers have quite a task going up against Drew Brees, that running game, and that defense.  There isn’t much not to like about New Orleans here, and I’ll pick them to win.

#6 ATL @ #1 PHI.  In the first divisional round game, we have the Falcons against the Eagles.  While the Eagles will be more well-rested and have home-field advantage, Atlanta is still chasing redemption.  Plus, Matt Ryan is a better QB than Nick Foles at this point.  Falcons advance.

#4 KC @ #1 NE.  It’s a rematch of the season’s first game, so will the Chiefs once again claim victory?  The answer is no.  While most non-Pats fans would love to see a change of guard in the AFC, the Chiefs getting that win earlier was also a result of the Patriots not having things figured out at that point in the season.  They have things figured out now, and they’ll win.

#3 JAC @ #2 PIT.  The Jaguars beat the Steelers on the road, so will they once again claim victory?  The answer is YES.  Jacksonville will make the AFC Championship game, folks.  Antonio Brown might not be fully healthy in this game, and even if he is, the Killer Bs will have their work cut out for them.  Big Ben threw 5 picks against this team earlier this year.  It shouldn’t be that bad this time, but I will pick a W for the Jags.

#4 NO @ #2 MIN.  It’s been quite an amazing season thus far for Minnesota.  The way I see the playoffs going, they will face a familiar playoff foe in the Saints.  This was the NFC Championship matchup in the 2009-10 playoffs.  Will the Vikings claim revenge?  I think so.  Eventually, the Saints rookie stardom will meet its match in an elite Vikings defense and Case Keenum having an uncharacteristic year.

#3 JAC @ #1 NE.  A hyped up Steelers-Pats rematch is replaced with a Jags-Pats AFC Championship game.  Unfortunately for Jacksonville, the Cinderella Story strikes 12 and the Pats win.

#6 ATL @ #2 MIN.  This is another rematch of a famous NFC Championship game, where Gary Anderson fired the miss heard ’round the world, and the Falcons got to the Super Bowl.  I predict the Falcons will once again win here, which means…